TPS Member Discount: Buy one get one free for any main stage production. One offer per show per order. This excludes command performances, fundraisers, or special events. Tickets must be booked in person or over the phone.

Our Mission: Tacoma Little Theatre enriches the community through all types of quality, live theatre experiences.

Our Vision: Tacoma Little Theatre strives to create quality productions and foster meaningful interactions among all people in our community.


While TLT's first fully-realized production was not until December 1919, a production of George Bernard Shaw's You Never Can Tell, the time from 1918 to 1919 was filled with classes, play reading and study. Persistent commitment to the pursuit of artistry and quality community involvement has been the hallmark of the TLT story. While some gaps may be found - for example due to the Great Depression and World War II, organizational activity has never ceased since those early days.


The 1920s saw TLT moving into its first permanent home in the "new gymnasium" at the Annie Wright Seminary, located at North First and Division Avenue, in the area now at the heart of the Stadium Business District. The first performances in the new space were held on December 11, 1925 with a program featuring Booth Tarkington's The Trysting Place, John Millington Synge's Riders to the Sea, and Kenneth Raisbeck's Torches.


1927 was a banner year for the young company. First came a production of Stephen Phillip's tragic drama Paolo and Francesca which opened on February 12, 1927. Based on the tale from 13th C Italy, the play further interpreted the story treated in Dante's Inferno, and rendered in paint by Dante Gabriel Rossetti (1855). It was reported at the time to be the "greatest single accomplishment of the Tacoma Drama League to date, a milestone..." Local critics lavished praise; the four performances in the 400-seat Little Theatre (the highest number for a single production at that time) quickly sold out; and a fifth performance had to be added. It was typical for the plays presented at TLT to appear within 2-4 years after their debut productions in New York.


That summer, the national convention of The Drama League of America convened in Tacoma from June 27th through July 2nd. In his The History of Tacoma Little Theatre, 1918-1932, Stanley Denton Elberson reports, "...the convention would provide an unequaled opportunity for discussion of all phases of theatre," indicating a comprehensive range of topics. Also planned into convention activities were special excursions, and a special train car was booked from Chicago to Tacoma just to convey attendees to the convention. It would be over eight decades before any comparable convocation would return to Tacoma. 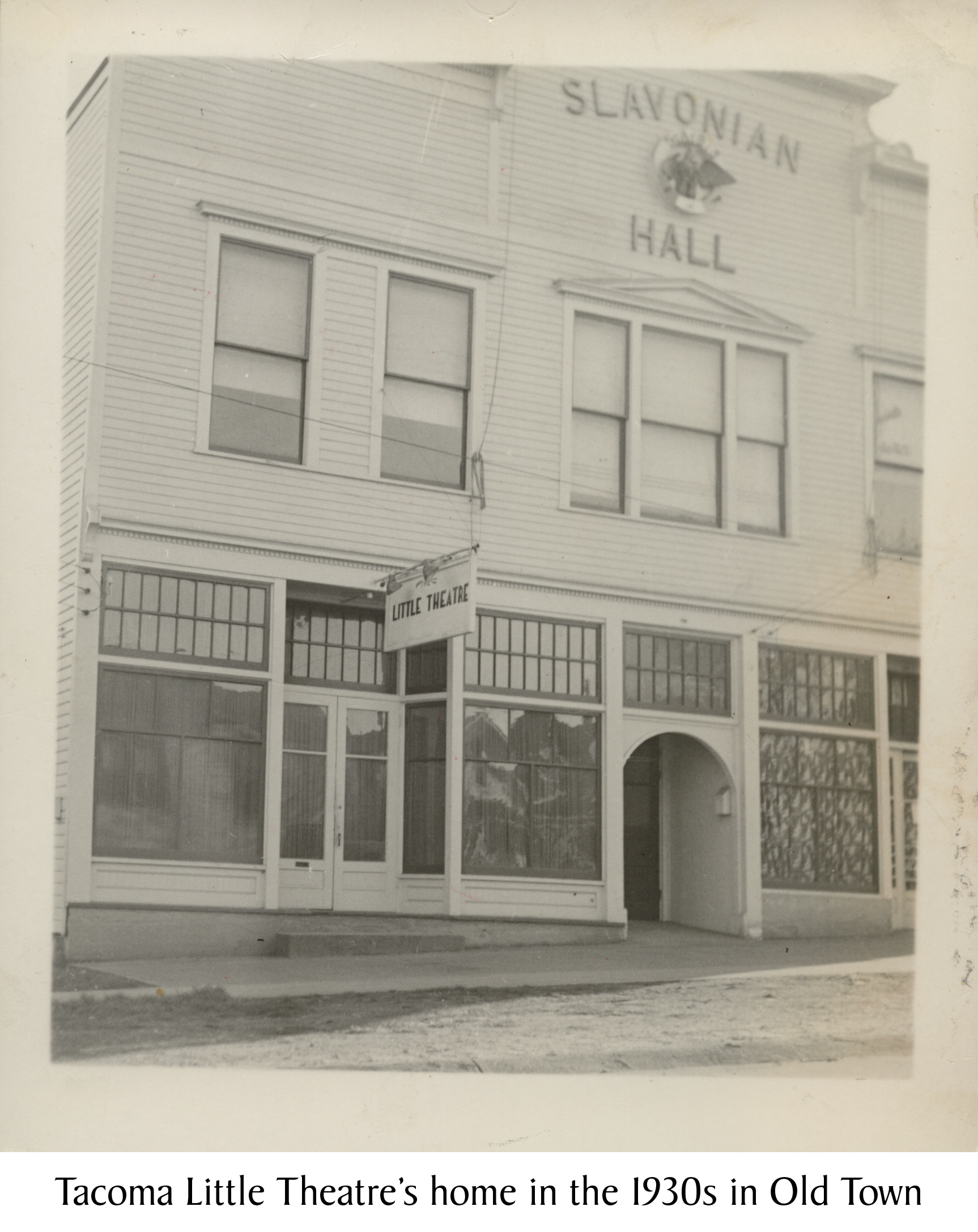 When the North First Street property was sold in 1931, and TLT's 400-seat home demolished, the company continued theater presentation and study. Members were able to retire all outstanding debts and take up residence in a smaller 100-seat performance space in Slavonian Hall, in Tacoma's Old Town. Meanwhile, a new home was sought - and found, just a few blocks away from its original home in the Stadium District. The location at 210 North I Street has remained TLT's home ever since.


The property, originally an auto repair shop, was purchased by the Tacoma Drama League in 1940. The first performance in the new theatre was Maxwell Anderson's Knickerbocker Holiday, which was also the first musical production presented by TLT. During the 1940's a 32-foot turntable was installed at the new facility using surplus parts from a U.S. Army railroad roundhouse. While much of the early hardware has been replaced over the years, the turntable has remained a unique feature of many productions. 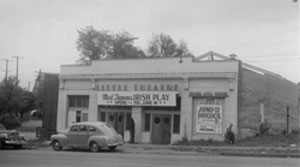 A second lot immediately to the north was purchased during the next decade. The current office and lobby wing was constructed, opening in 1950. Rehearsal facilities have included the former First Congregational Church on North J Street and Grant Elementary School, and educational programs have been produced in cooperation with a number of local organizations including Tacoma Metro Parks. 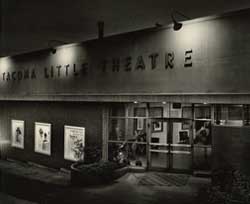 With cultural and political changes in the late 1960s, and the passing of most of the first generations of Little Theatre stalwarts, came challenges to the organization's long term sustainability. Yet aggressive slates of productions reflecting the popular theater of the time were mounted, including musical productions of Carnival, South Pacific, and The Music Man; as well as dramatic presentations of Barefoot in the Park, The Night of the Iguana, and Bus Stop. 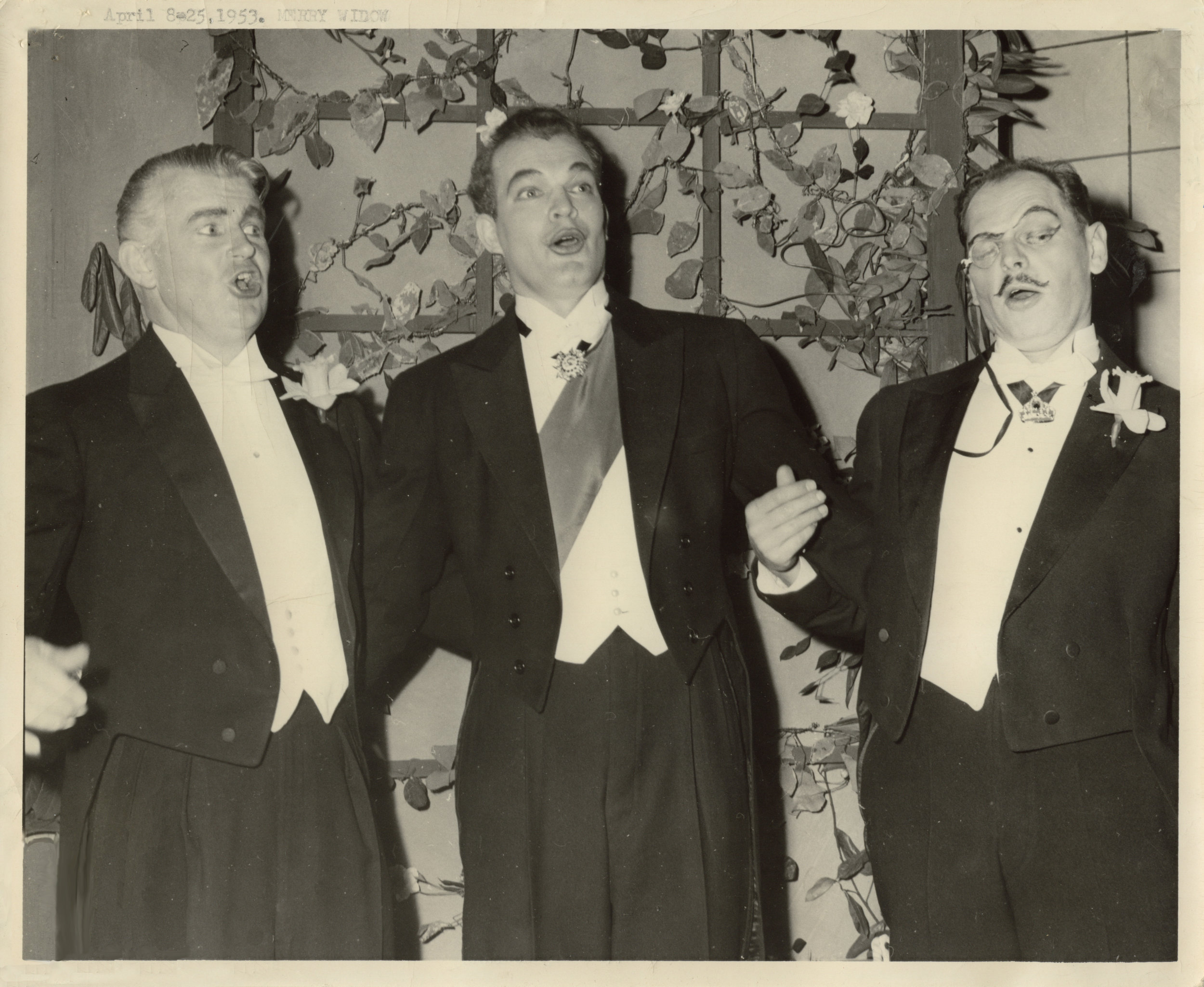 
TLT’s growing success in the 1950s and 1960s was greatly influenced by many notable individuals, too many to mention in a concise summary. In the 1950s, TLT's paid annual memberships rose from 600 individuals to over 2300. A rigorous schedule of theater classes was maintained with the Civic Drama School, while a season of six productions continued annually - as many as eight in some years.


The 1970s and early 1980s saw a decline in the Little Theatre's scope of operations, but it would be a mistake to represent it as dwindling. The Little Theatre still maintained its six-production main stage season, even in the face of reduced budgets.


A renaissance began in the mid-1980s, prompted by the arrival and involvement of Mark and Alex Lewington; the hiring of Peter Epperson to what was then essentially an office manager position, and TLT's only paid staff position that was not work study college students; and the continued philanthropic support of Ed and Bethel Schneebeck.


With the great success and acclaim of the 1990 production of Athol Fugard’s Master Harold and the Boys, the board of directors and staff began focused conversations around how to better reflect the cultural communities of Tacoma, and celebrate those traditions. This initiative has continued and has led to productions of James Baldwin’s The Amen Corner, August Wilson’s The Piano Lesson, Emily Mann’s Having Our Say: The Delaney Sisters First Hundred Years, Susan Kim’s The Joy Luck Club; and a variety of musical productions. 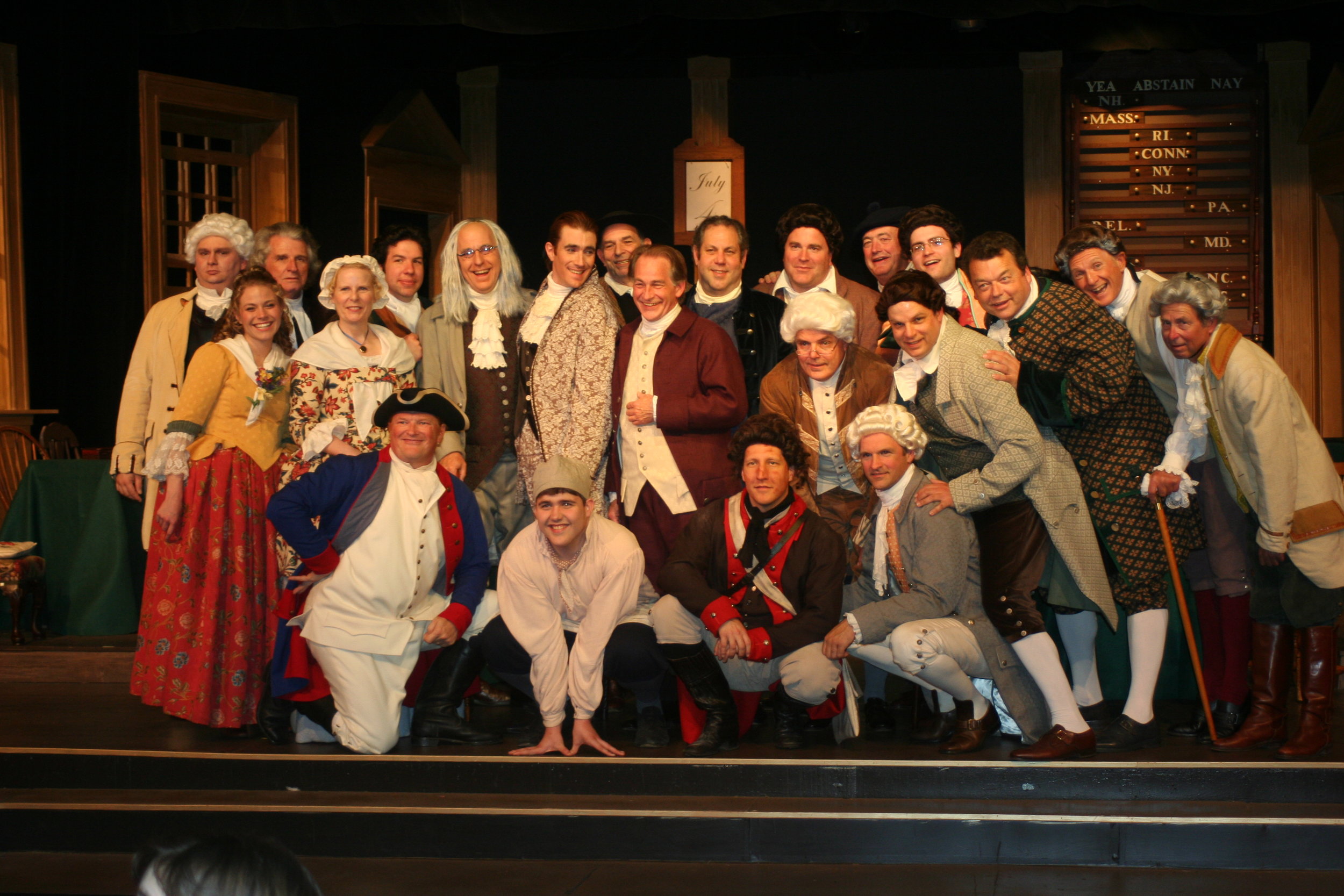 
Today, TLT continues as the surviving entity of the original three: Tacoma Drama League, The Civic Drama School, and the Little Theatre. As such, it has inherited the responsibilities and goals of all: governance, promotion, education and production. TLT is governed by a volunteer Board of Directors,and is managed by a small professional staff. TLT hires professional directors, and contracts designers and other production leadership positions from among those with professional or other significant experience. The actors, crew, ushers, and all other theater functions are accomplished by over 250 volunteers from a four-county area giving over 10,000 volunteer hours a year to provide their friends, family, neighbors, co-workers and community with some of the best amateur theater this area has to offer.


Growth in the 21st century has been significant, in many ways realizing the dreams and opportunities envisioned in the preceding decades. The staff and Board of Directors have refreshed the mission of the organization and adopted the working motto: "We bring you the theatre you want to see, and the theatre that you didn't know you wanted to see," offering diverse seasons that take many risks, while assuring continuing financial success and sustainability, with creative opportunity for artists and meaningful engagement for audiences. The company has functioned comfortably in the black financially since 2013, allowing for annual budget growth to beyond $500,000 and enabling significant investment in facilities, critical equipment, and patron amenities. 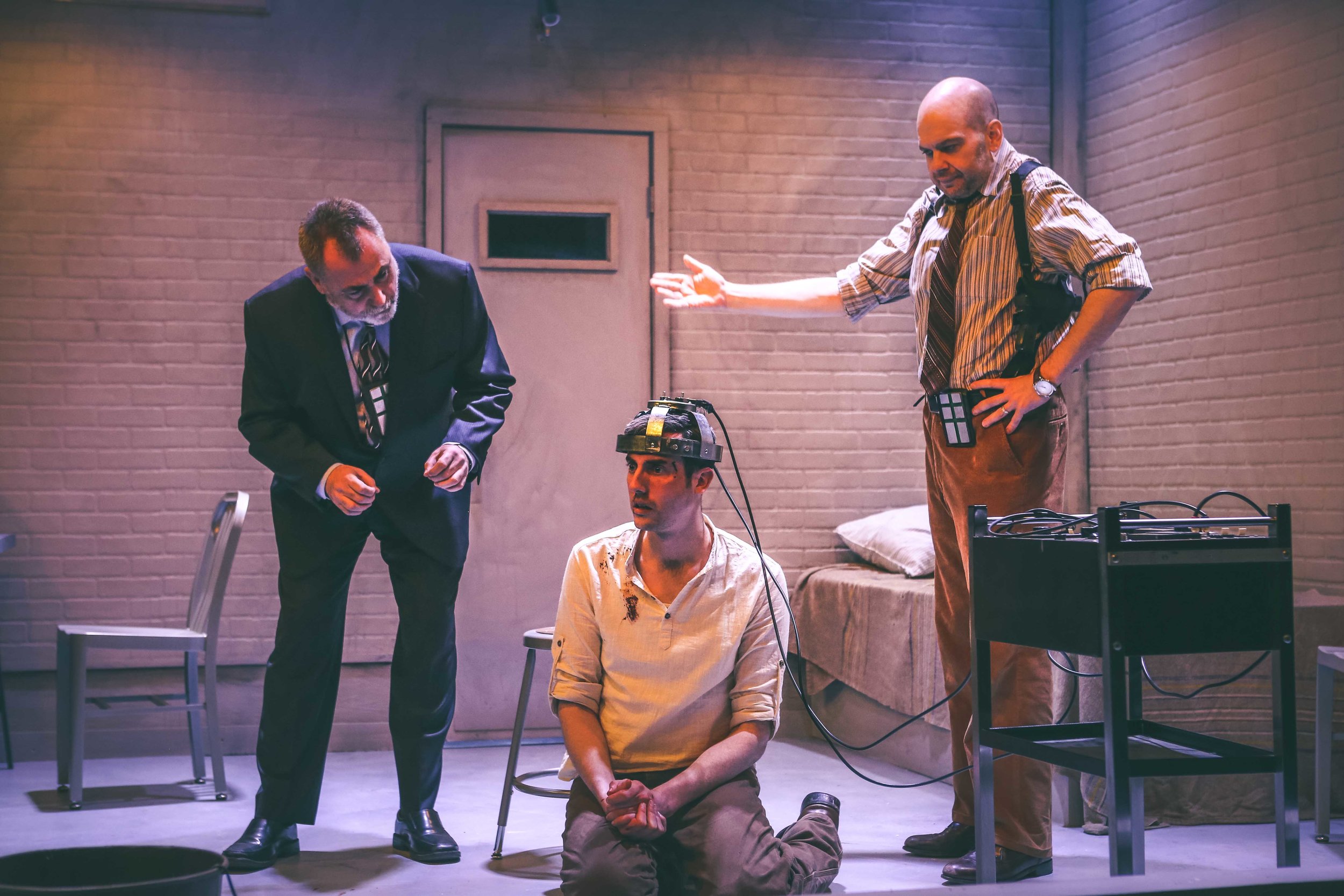 
In 2003, TLT first became active in the Washington State Community Theatre Association and the American Association of Community Theatres, hosting both the 2003 Region IX AACTFest Festival and the 2005 Washington State Kaleidoscope Festival in succession. TLT's entries in ACCTFest during the last two competition cycles (2017 and 2019) have received high marks for excellence, sending the company to the Region IX festival both years. In June 2019 TLT's production of The Pillowman by Martin McDonagh, represented Region IX at the national AACTFest competition in Gettysburg, PA. Awards won were Best Supporting Actor (Sean Neely), Best Set Design (Blake R. York), Adjudicators Award for Best Ensemble (Sean Neely, Jacob Tice, Christian Carvajal & Andrew Fry), and Blake R. York won the overall set design competition with Bell, Book and Candle. TLT has also been chosen as one of one of six premiere sites for AACT's NewPlayFest for 2020, slated to present Shattering in January.


The Little Theatre is in the midst of a phased facility renovation program, the first one of significance since the 1950s. Phase I was completed in 2017 with a full renovation of the building’s HVAC, and the purchase of the commercial property and structure immediately to the south of the existing buildings - becoming the "Stage Right" work space for the scene shop, with additional spaces to support production and education. Phase II planning and fundraising is underway, with a full overhaul of the theater auditorium and seating as its primary objectives.